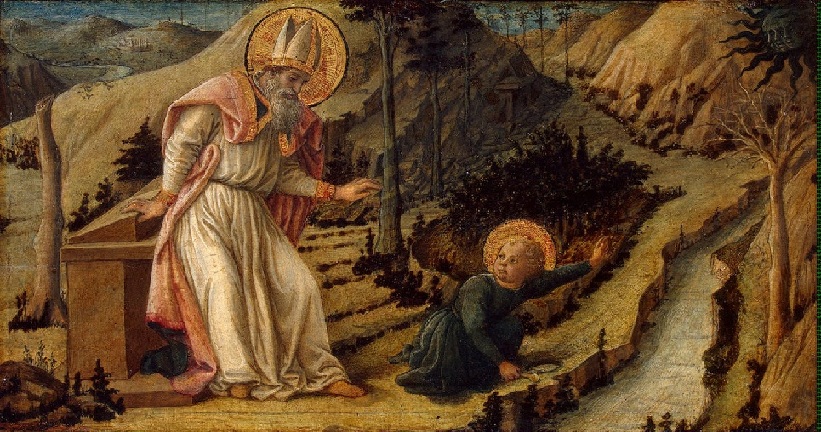 
3. “For a thing is said to be possible or impossible absolutely, according to the relation in which the very terms stand to one another, possible if the predicate is not incompatible with the subject, as that Socrates sits; and absolutely impossible when the predicate is altogether incompatible with the subject, as, for instance, that a man is a donkey.”


4. “It must, however, be remembered that since every agent produces an effect like itself, to each active power there corresponds a thing possible as its proper object according to the nature of that act on which its active power is founded; for instance, the power of giving warmth is related as to its proper object to the being capable of being warmed.”


5. The divine existence, however, upon which the nature of power in God is founded, is infinite, and is not limited to any genus of being; but possesses within itself the perfection of all being.


6. Whence, whatsoever has or can have the nature of being, is numbered among the absolutely possible things, in respect of which God is called omnipotent. Now nothing is opposed to the idea of being except non-being. Therefore, that which implies being and non-being at the same time is repugnant to the idea of an absolutely possible thing, within the scope of the divine omnipotence. For such cannot come under the divine omnipotence, not because of any defect in the power of God, but because it has not the nature of a feasible or possible thing.


7. Nor is this contrary to the word of the angel, saying: "No word shall be impossible with God." For whatever implies a contradiction cannot be a word, because no intellect can possibly conceive such a thing.
Posted by Steven R at 11:02 PM

Links for more on St. Augustine

Blogs followed or read by me

Steven R
I am a young lay Catholic man in search of faith, hope, and charity in the Lord. I have a desire for wisdom and truth, which is the main purpose for my study of philosophy, theology, and physics. This blog is meant to detail a journey towards a greater love of the Lord through the reading and reflections of St. Augustine and the saints.